ORANGE CITY, Iowa — Ever since he lived in Sioux Center, Iowa, Dan Westra knew he wanted to open a Pizza Ranch.

His wife, Valerie, often responded to his musings with: “Yes, but we have four children.”

Decades later, Dan and Valerie have been given the company’s Franchisee of the Year Award, presented during a 2020 Awards Banquet held in Arnold’s Park, Iowa, in September.

Dan and Valerie own the only four Pizza Ranch locations in the state.

“They wanted to bring it to Michigan, and they knew it would work. Although things were tough the first few years, they worked tirelessly every single day. Not only is it a business, it’s a family business.”

For Dan and Valerie, the journey began in Muskegon in 2005, when they opened their first restaurant after Dan retired from West Michigan Public Schools.

In 2012, the family began planning their second location in Holland, which opened adjacent to the southside Meijer in 2015.

In the five years since, Dan and Valerie acquired two additional locations in Hudsonville and Kentwood — bringing their total to four.

“They make an impact every day, in each one of their locations,” Groeneweg said. “We are honored to recognize the Westra family with the Franchisee of the Year Award.” 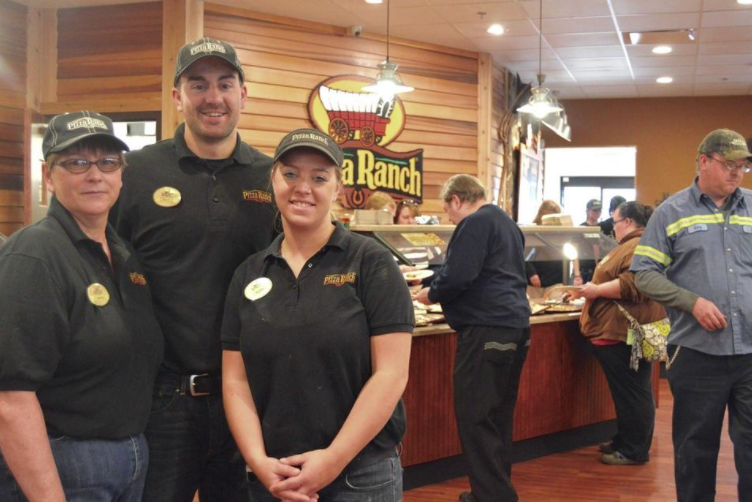